Ulcer of the mouth is known as canker sores or aphthous ulcer. They are sores and are painful. It is the common type of mouth ulcer. Some people have them on the lip, tongue or inside the mouth on the cheek. They’re usually white or yellow and surrounded by red, inflamed soft tissue.

Canker sores can be simple or complex. Simple canker sores appear three to four times a year and usually last for about a week. They often occur in people between the ages of 10 to 20.

Complex canker sores are less common and usually occurs in people that have had it before.

Neither of them is contagious, and they heal on their own after one to three weeks, but the pain usually subsides earlier.

The cause of most canker sores is not certain. However, some are caused by

Certain foods — including citrus or acidic fruits and vegetables (such as lemons, oranges, pineapples, apples, figs, tomatoes, and strawberries) — can trigger a canker sore or make the problem worse.

The symptoms of canker sores are;

In some cases, the following symptoms may be present;

HOW TO PREVENT CANKER SORES

Although there isn’t any cure, canker sores can be avoided. You can prevent the recurrence of canker sores by avoiding foods that may have previously triggered the outbreak. These often include spicy, salty, or acidic foods. Also, avoid foods that cause the symptoms of an allergy, such as an itchy mouth, a swollen tongue, or hives.

Brushing with a soft-bristled brush after meals and flossing daily, which will keep your mouth free of foods that might trigger a sore

HOW ARE CANKER SORES TREATED?

Pain from a canker sore lessens in a few days, and the sores usually heal without treatment in about a week or two. Cankers sores treated with dental lasers exhibit almost complete relief of the symptoms immediately. Talk to your dentist about the procedure.

The pain can be uncomfortable. You can reduce the pain by gargling with mouthwash or salt water.

Your doctor or dentist can prescribe:

We have connections with several experts in the field of dentistry and that makes us stand out as a go-to dental clinic in Nigeria.

You Can reach Platinum Dental Surgery On:

REQUEST A CALL BACK!
+
Call me! 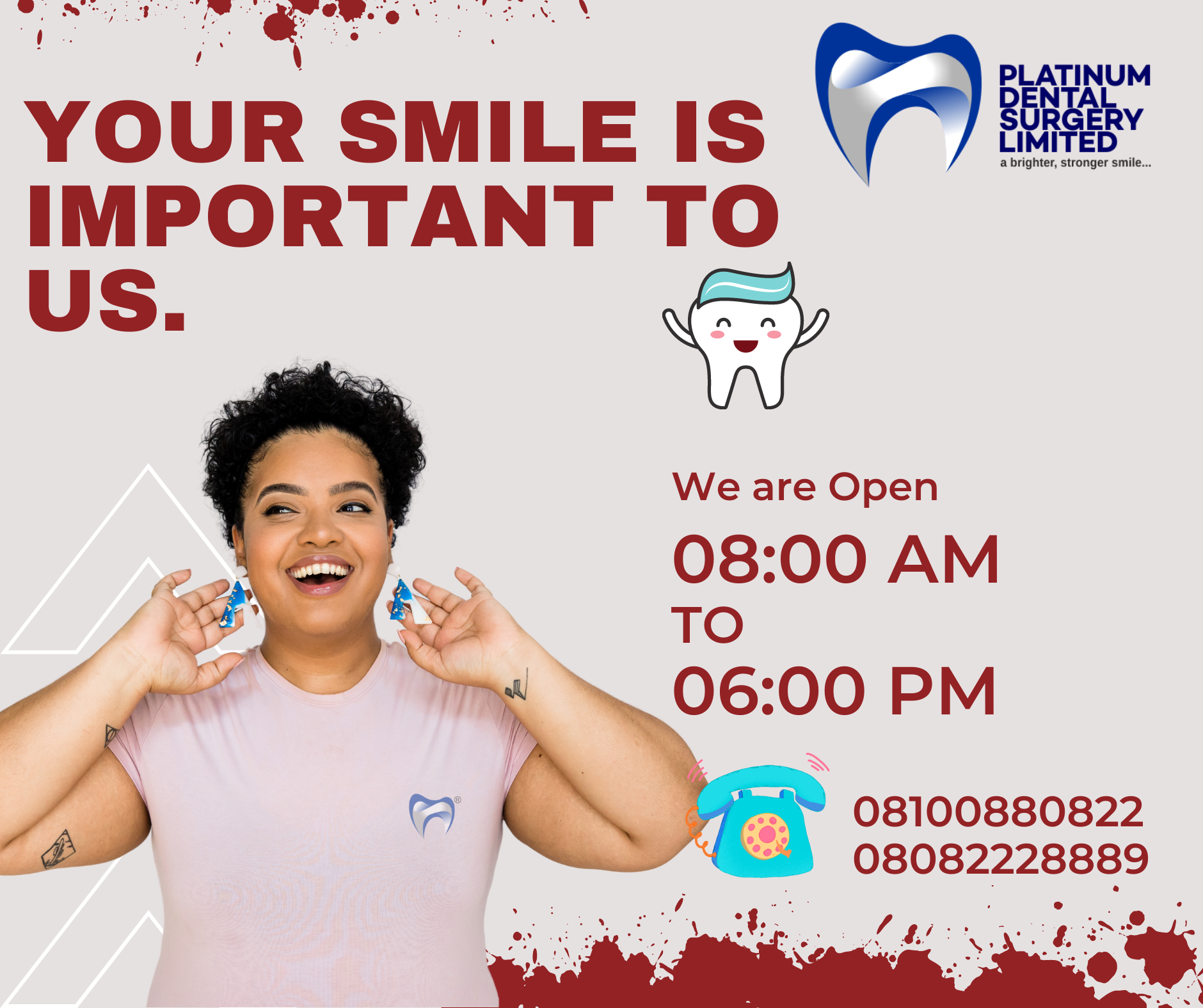 You have Successfully Subscribed!

A Dentist is Waiting To Answer Your Questions. Ask Us Anything!
Type In your WhatsApp Number And Message, You will be replied ASAP!
Hi, You Want To Talk To A Dentist?